A lot of people call it the “terrible two”. A stage where your child turns 2 years old and reaches this stage where they start to learn that they actually can choose things, decide on what they want and react on certain situations based on how they feel. And because they’re still 2 years old, most of the time, they just do whatever they feel like doing. This involves public tantrums, being too clingy, too picky, too sensitive, too everything and sometimes it is more difficult for parents to manage these situations especially when they’re in public. 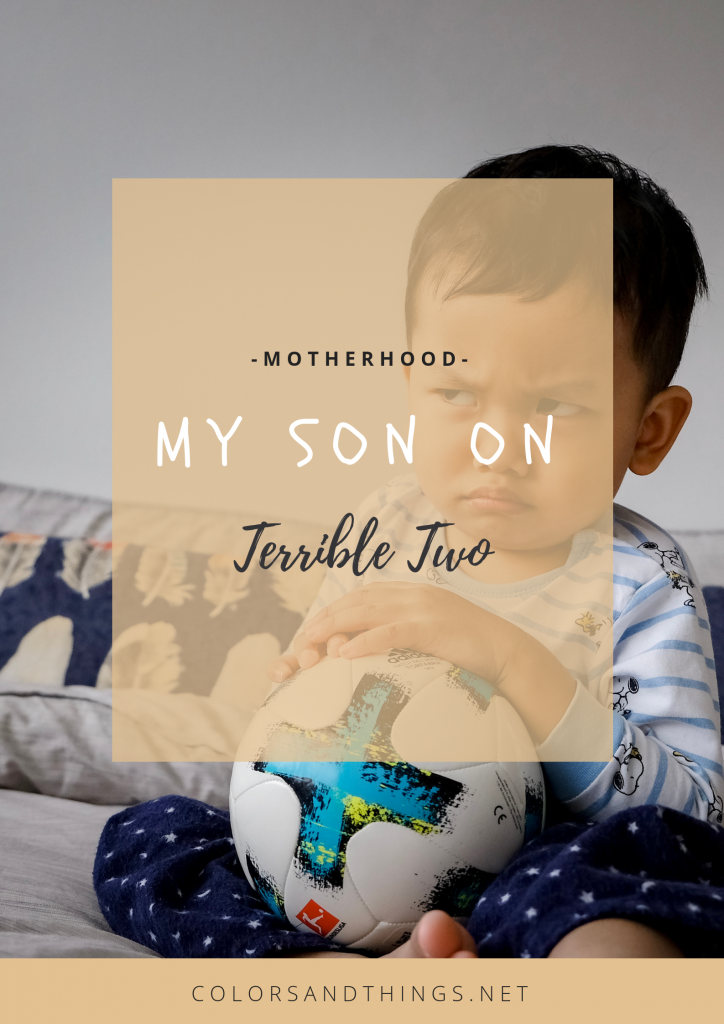 Even before Skyler turns two, I was already given a heads up by one of my closest friends who happen to also have a son who’s 2 year old at that time. At first, I didn’t really know what “terrible two” means so I googled it. Then, I realized that “yeah, this was exactly how this child acted when he was two, and that kid as well, blah blah…” reminding me all the names of the kids I had the chance to take care of when they were young. Most of them are my relatives’ children. That gave me an idea that this is something that we grow out of. You know, something that many children have to go through as part of growing up. I can’t say that this is like a requirement or all the toddlers who turn two will experience this. I don’t actually know about it. For this, we should ask an expert. I also think it’s always a different experience for every toddler and parents. And for our case, I want to share my first hand experience as a new mom when Skyler reached this stage. He’s still 2 years old now, though so this is ongoing but we’re enjoying every change that comes with his growth like it’s an indication that he’s growing up okay and normal. 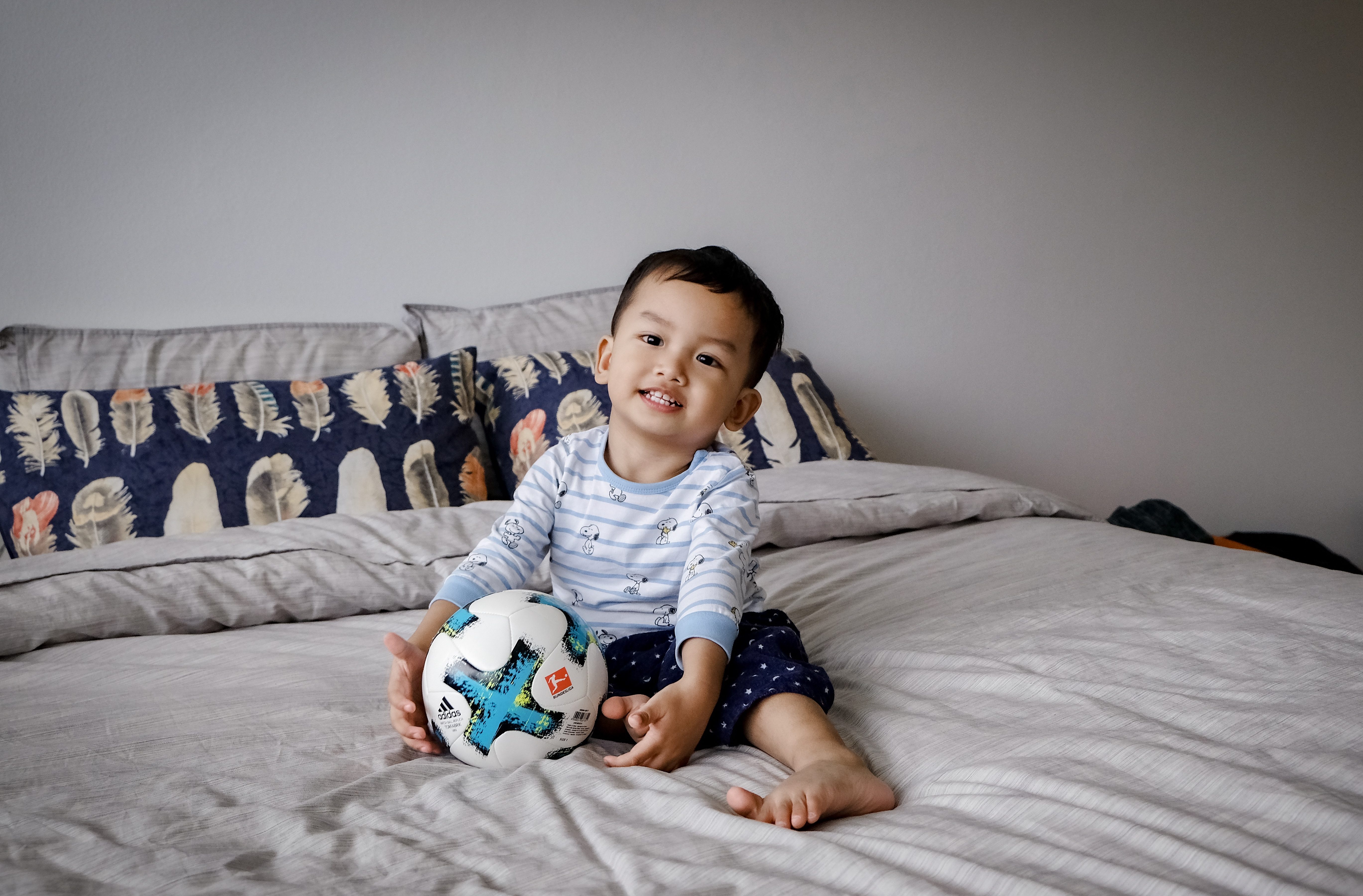 For this case, I can say we’re still lucky we’re able to somehow prevent Skyler to make such scenes in public places at an earlier stage. I know a lot of parents have been experiencing this with their child or children which, I believe, is very normal. From what I read online (references will be listed at the end of the post) and I quote, “they are often sparked by your child’s frustration at her inability to complete a task she thinks she should be able to do on her own”. Skyler often show tantrums when we’re outside and starts to get bored especially when we go shopping and he stays in his stroller for the whole period. Even though he could see a lot of things around, he’ll still get bored after sometime and will start to cry to get our attention. He’ll start to remove all the stroller straps to get out of it. When this happens, I’d normally just get him out of it, carry him and distract him by showing him things I know he likes to see like some toys or other colorful things. By doing this, we could avoid making scenes in public and Skyler would easily calm down compared to when we try to stop him at a later time when he’s more annoyed and crying out loud already. In this case, it’ll be harder for us to stop him and sometimes we’ll start to get these weird looks from people around. 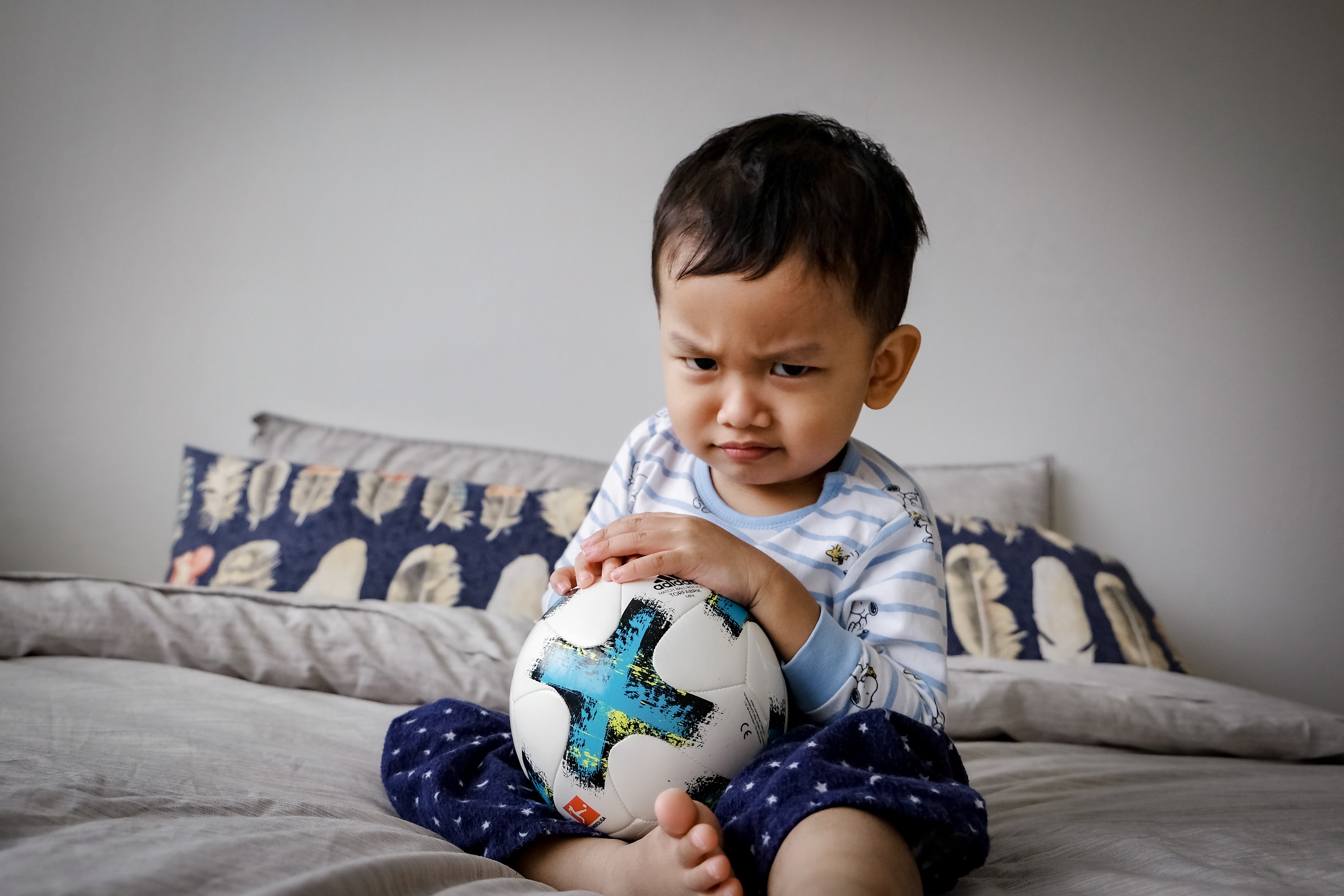 Because, we, obviously, don’t like this to happen everytime we go out and everytime he wants to do something he couldn’t do, we always try to make sure that he won’t get bored. So instead of just letting him in his stroller alone when we go around, I usually talk to him to entertain him during our days out. I realized that he likes it if we somehow let him be part of our usual conversations. Even if he’s only 2 years old, I believe it’s important that he feels like he’s already part of the family. Simple questions like where and what he wants to eat and what he wants to do after, if he wants to play or walk around, etc. Since he still doesn’t have good language skills yet, most of the time he won’t be able to express himself but as parents, it should be easier for us to understand them even if they don’t talk much. It’s like we have this common language when we talk to them and you’ll see it’ll make them happy when they feel like we understand them in some ways. I got this “trick” from my parents-in-law. They usually let Skyler decide on what he wants to do or eat when we take Skyler to them for some weeks. I noticed that since he can choose what he wants and we usually try to give it to him, he’s happy to always tell us what he likes to get instead of just crying because he couldn’t do certain things. It’s also important that you remain calm when they start to have tantrums. Showing them that you’re affected will only trigger them to do it everytime they want something. If you give them candy when they start to cry, they’ll just tend to cry if they want candies or other things again. They’ll believe that crying can give them what they want. Because they start to discover the world more, they learn to know that they can actually have the power over some things and they start to have choices on their own so it’s important that sometimes we let them choose and be independent to do these things but still with supervision. 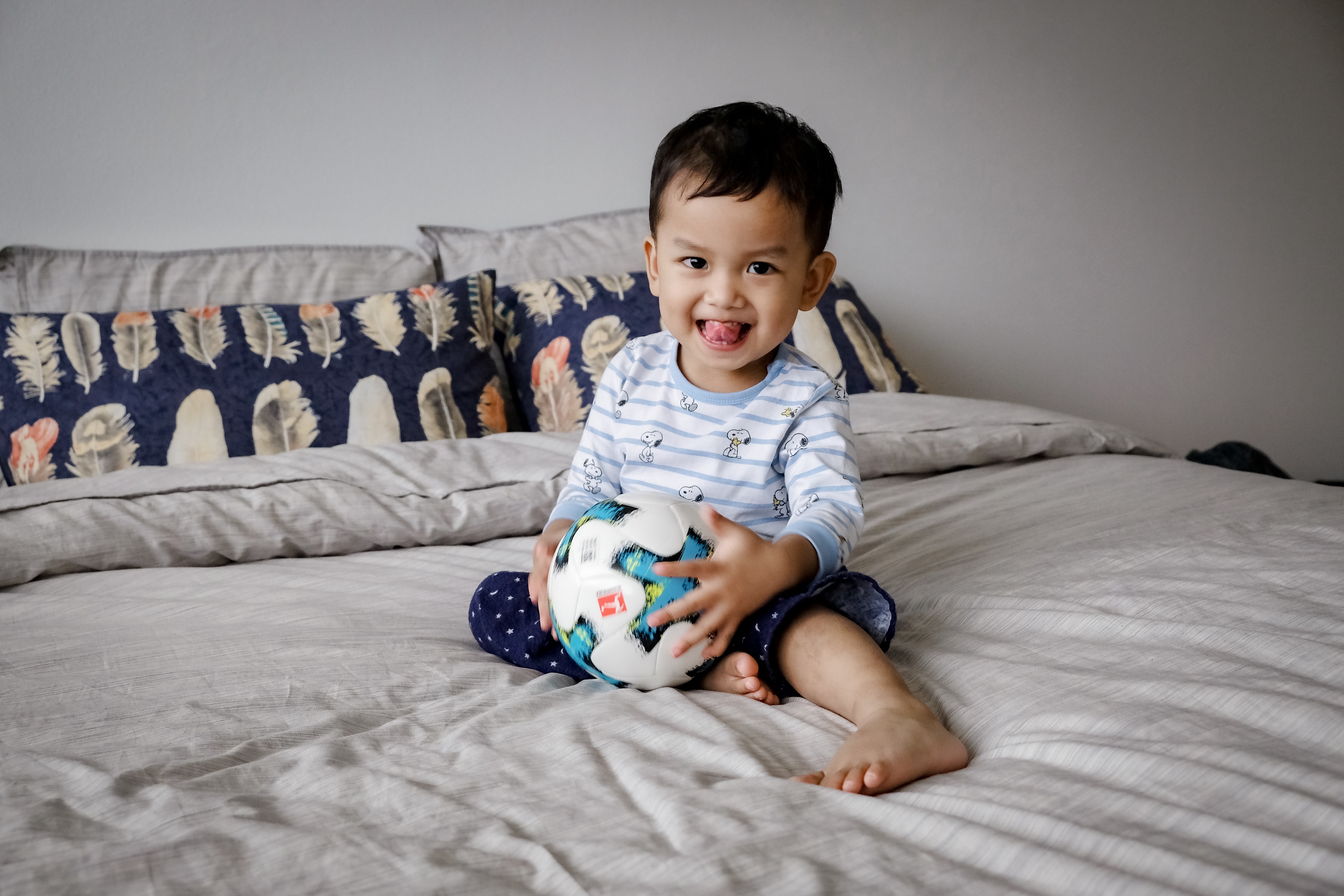 Remember that showing that you’re mad when they have tantrums will only escalate their emotions. If they start to really cry and you no longer can make them stop by just telling them to, don’t laugh at them, scare them or scold them. It will just make it worse based on my experience. I’d rather ignore him and let him calm down on his own until I can talk to him in a relaxed manner. We usually do this if he wants something we couldn’t give. Even if he’s still little, we make sure we try to explain things to him. Even though we’re not sure if he truly understands us, we feel better when we, at least, tell him why he couldn’t have this thing or that. He’ll start to be quiet when we do this and act like he’s thinking about what we told him. By doing this, I believe he’ll, little by little, understand that there’s always a reason why we can’t always give him what he wants. He may not be able to fully absorb the reasons yet but it’s good that he knows that there actually is. 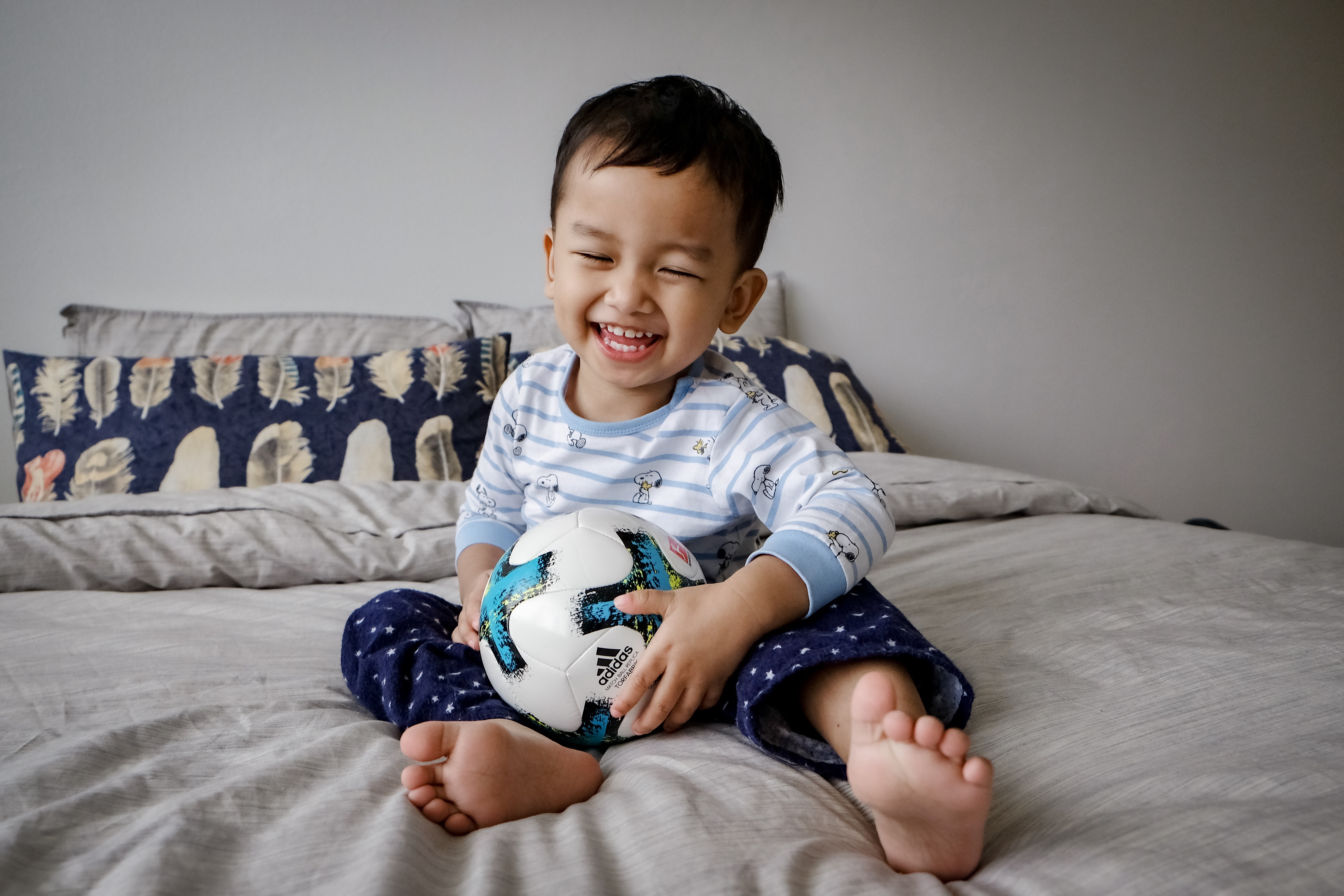 By talking to them after the sudden outburst, you’re also teaching them to express themselves more so next time instead of just crying and throwing tantrums, they’ll resort to just saying what they want directly to you. Nowadays, Skyler knows what he wants in most of the time, he usually says it out loud if he wants to watch TV, play outside, eat something, sleep, etc. Because we usually listen to him, he also starts to practice his decision-making skill and his ability to say what he needs or likes to do. This encourages independence and provides an outlet for his frustration. When we talk to him, we always make sure we let him feel loved. It’s important for him to feel that. It also makes him feel like we can trust him somehow but he has to do things right next time. 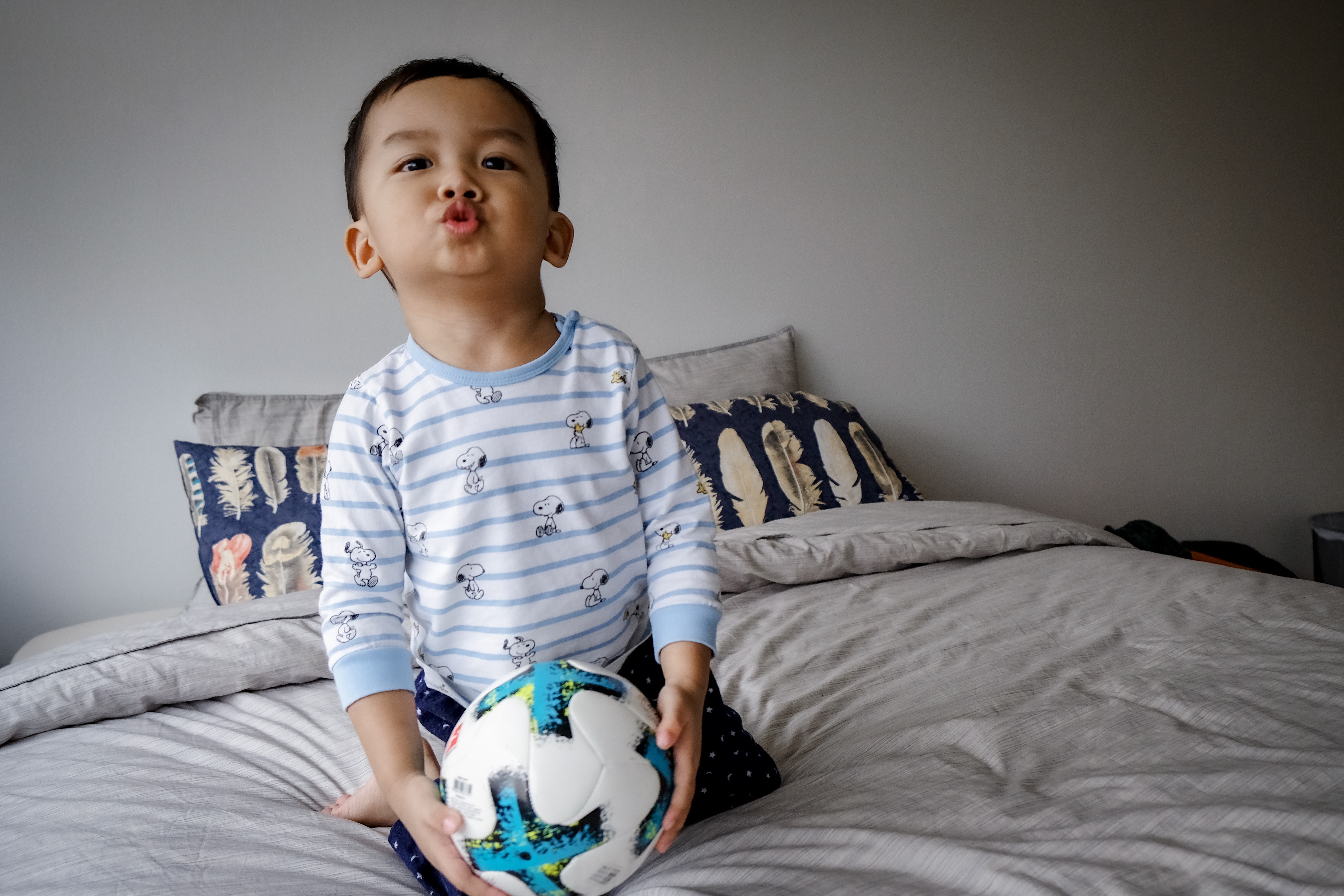 Some Help And Expectations

According to experts, this stage starts even before a child turns two. Most of the time, it’s from 18 months to 4 years old. So I think we’ll get more tough days with him. LOL. Or maybe I should say, this starts from the moment we choose to be parents and until our last breath. Because, you know it’s never ending. This is just the first stage. Whenever the situation gets difficult to manage, I always try to remind myself that my boy needs to go through it and it’s only his way to express independence. And that he is learning from it. This stage is important for him to successfully overcome because this will shape what he will be in the future. As a mom, I must admit that I am not always very patient so if I think I couldn’t handle the situation well, I let my husband interfere and talk to him instead. It’s always important that you and your husband understand each other when it comes to disciplining your children. It’s crucial especially if you just started as a family like us. Reading online also helps whenever you encounter difficult situations when it comes to raising your children. Some of them are from the experts, doctors, etc. But of course, nowadays, you shouldn’t always believe on what you can find online so you always need to be extra careful on choosing what you read. But for me, the best resource to go to whenever I don’t know what to do are our parents. I always believe they know better, in a lot of ways. So I also want to take this chance to thank them for being with us all the way from the start. Both Nico’s parents and mine have been so helpful and we couldn’t ask for me. It gives us a feeling that we couldn’t go wrong with them by our side. Even though we now live far from them, we still always ask them for an advice if ever we’re in doubt, not only for Skyler but also for us as a couple. 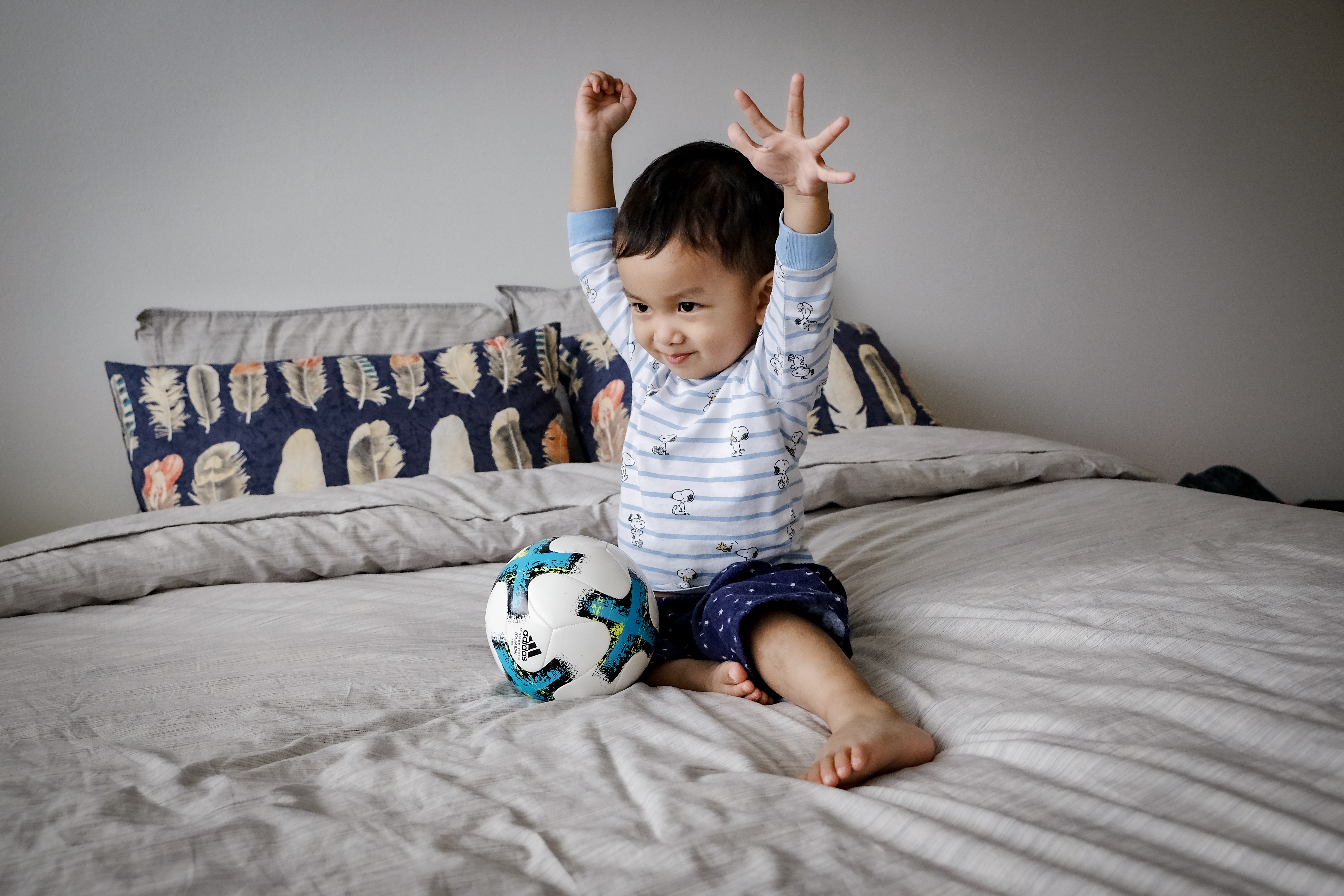 But to be honest, you don’t always have to follow everything other people say or everything we read online and from the books. By the end of the day, as parents, you need to make your own decisions based on the situation. Every experience is different so we can’t always rely on what others will tell us. They’re there to remind us and tell us the possible consequences if we resort to whatever action it is but the last yes or no will still be yours to make. We all love our children so I think as parents, we should all have an idea on how to do things as it always boils down to our love for them. We all have one thing in common in the end. We all want our children to be good, healthy and happy. 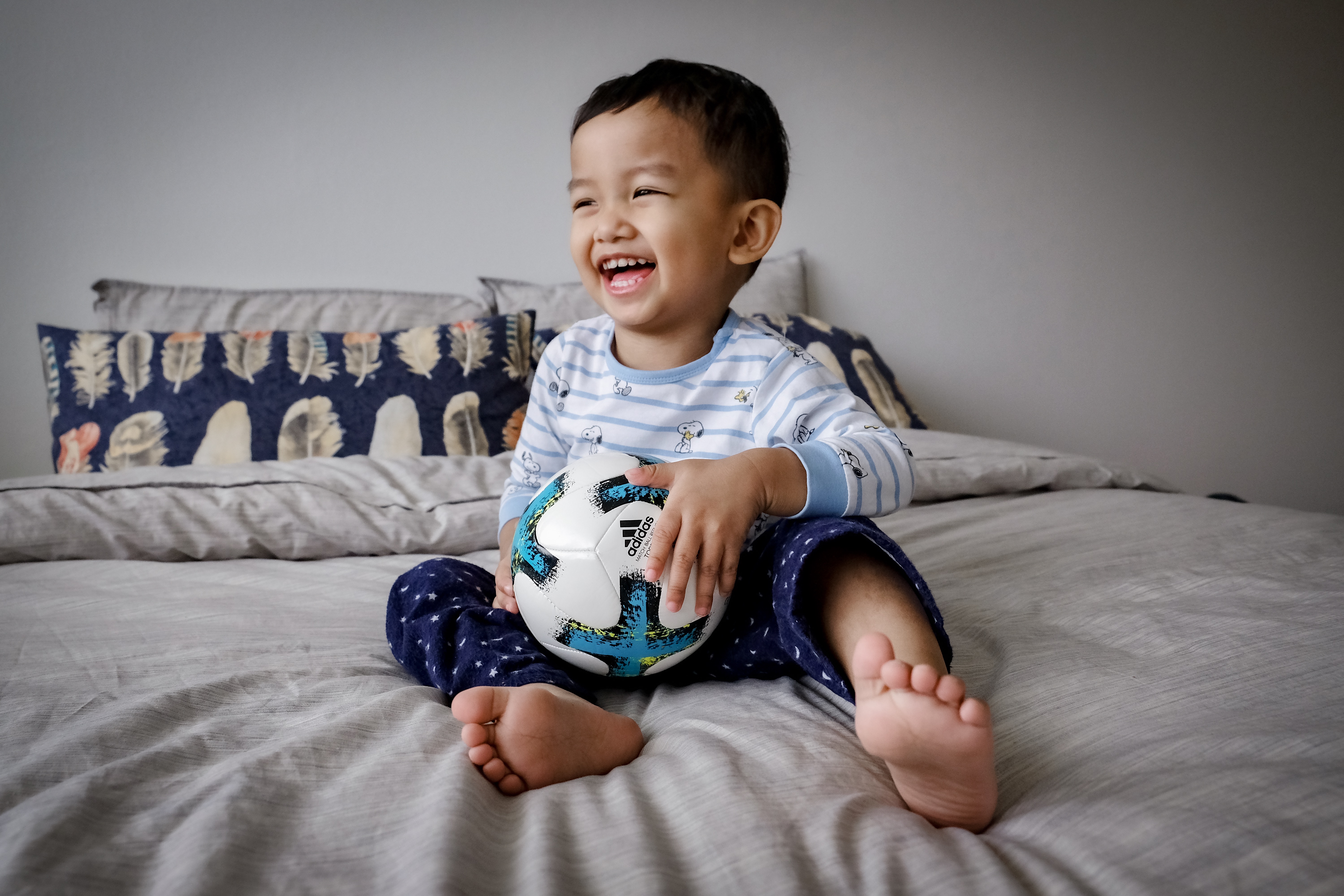 As parents, we always like to be there for our children so I guess this is just the best time to show them your support by making this stage of their life a positive one. Teach them how to deal with life choices as early as possible. Prevent tantrums by predicting what he wants before he even feels wanting it. Show him the correct way of doing things and help them to express themselves. Be more patient. Don’t get tired of showing them you love them and they will love you back even more. At the end of the day, we will all benefit from this especially when we see that our hardwork as parents is paying off by seeing that our children are growing up well and good. 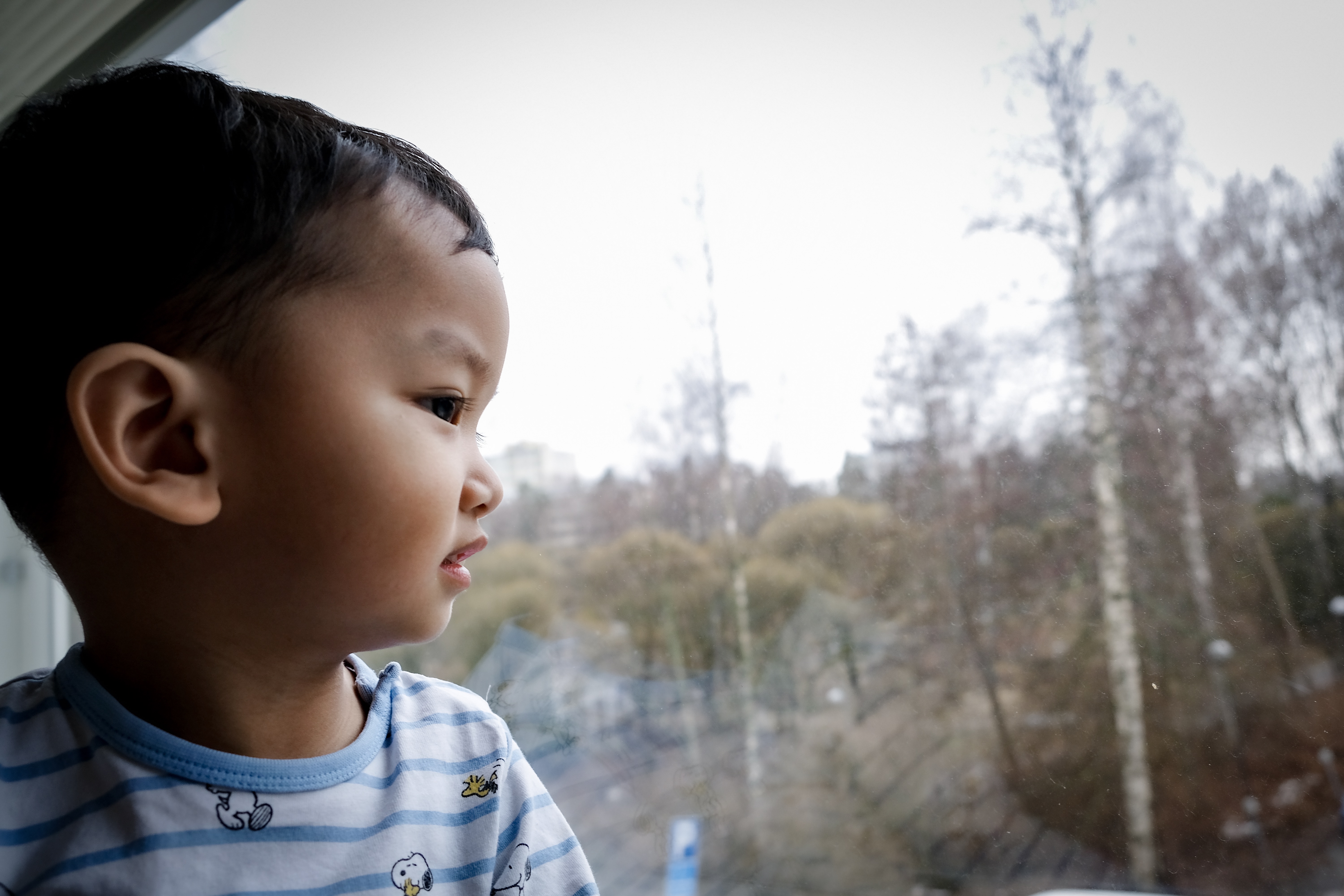 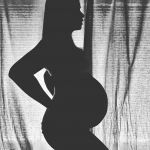 We are a Filipino family currently living in Helsinki, Finland. We love sharing our experiences and some day to day stories. If you have time, please visit http://joanacrislyn.com for more! 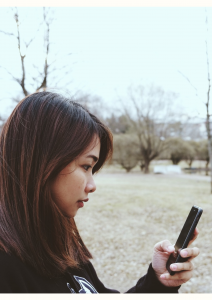